Since the beginning of human history and before, people have found ways to alter their bodies and their consciousness by taking substances such as herbs, alcohol, and drugs. Out of this practice has sprung many important contributions to science and culture, prominent among them being the development of modern medicine and the medical profession and the making of fine wines and liquors. Some religions have found uses for mind-altering drugs as a way to aid communion with the divine principle. For all the positives that mind and body altering substances have brought us, one fact is clear. There have always been people who were unable to restrict their use of mind and body altering substances to culturally prescribed limits, and who have fallen into the trap we know today as addiction. 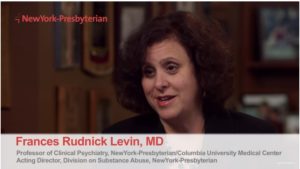 Addiction usually does not happen overnight. Rather, people who become addicted to drugs (such as alcohol, cocaine, heroin, marijuana, etc.) are gradually introduced and desensitized to them over a period of time. They may initially enjoy the use of drugs in a recreational sort of way. For instance, someone might get into the habit of having a beer or some wine after work as a way of releasing the days’ stresses. Someone else may use marijuana on an occasional basis as a way to share special time with friends or as an aid to appreciating food, music, or sex. Another person may start using cocaine as a way of staying up late at night to study for exams.

Some people are able to keep using drugs on an occasional basis. Many other people are not so lucky. For these unlucky others, their use of drugs begins (gradually in some cases, abruptly in others) to increase, and the amount of attention they spend thinking about getting high, purchasing drugs, preparing drugs and taking drugs increases until it becomes the center of their lives. Other responsibilities – work, friends and family, and community – fall by the wayside. As their consumption of drugs rises, users may become physically dependent on their drug to the extent that if they do not take it on a particular day, they get sick. As dependence increases, tolerance to the drugs increases as well – meaning that it takes more and more of the drug to get the same ‘high’ or ‘buzz’ effect. As most drugs (with the exception of alcohol) are illegal, they may become increasingly involved in criminal activities (buying drugs is a criminal activity, as is driving while intoxicated).

If the process continues long enough, it may become impossible for the addict to hold a job – they may lose their relationships, their income and their marriages. They may resort to criminal activity (such as robbery, prostitution and drug dealing) in order to gain continuing access to their drugs. They may also kill or injure other people (through driving and firearm accidents) while intoxicated, and may get and pass along to others infectious diseases (like AIDS and Hepatitis C). Ultimately, they may end up killing themselves (through suicide, malnutrition, overdose, or drug related physical degeneration and disease). A grim picture that is all the more tragic because no one who starts out experimenting with a drug ever really believes that they would ever experience any of these awful things.

No one knows exactly why some people get addicted to drugs while others do not. However, some contributing factors are clear. There is likely a strong genetic component to some forms of addiction (meaning that vulnerability to becoming an addict can run in families, and be inherited from your parents and grandparents). There is also much evidence suggesting that whether or not people develop addiction problems has a lot to do with experiences they have in childhood and as they are growing up. Abuse in varying forms (sexual, emotional, physical, or neglect), exposure to trauma, being a child of addicted parents, or being a victim of severe life stressors can all help push people into addictions. Some evidence also suggests that people experiencing mental illness-related difficulties (such as anxiety, depression, perfectionism, thought disorder and a host of other conditions) may use drugs or alcohol in an attempt to manage their symptoms; a situation called ‘self medication’. Whatever its cause, addiction is an equal opportunity disease. People of all races, religions, ethnicities, classes and social-economic strata get addicted. It is truly a ‘human’ problem.

Help for addiction is available. For all the many people out there who are actively using drugs and alcohol, there are many others who have struggled with addiction and won a personal victory, on a day by day temporary basis to be sure, but a victory never the less. Help is available in the form of medical attention, medications, psychotherapy, self help groups, and spirituality, but it is only there for the addict who desires it enough to work for it. You can lead an addict to treatment but you can’t make him (or her) stick with recovery.

The very first step towards recovery from alcohol or drug addiction is available to you (in part) at this very website in the form of educational materials. The articles in this topic center can help you learn the answer to important questions such as:

What are the drugs of abuse?
By what mechanism do drugs cause their effects?
How do I know if I’m addicted to a drug or alcohol?
How would my doctor go about diagnosing drug or alcohol dependence?
What are treatments, medications and support groups for drug and/or alcohol addiction are out there and how do they work?

Read on to educate yourself about this most common and terrible of human problems.